Pilot & Captain is a recent side project from the Jason and Dustin, who founded the award winning design studio The Heads of State, right here in Philadelphia. Their client list includes Apple, IBM, The New York Public Library, Penguin, and Time Magazine, among many others. What started out as personal design studies evolved into a line of shirts, prints, posters, and totes inspired by luggage tags and fine travel destinations. 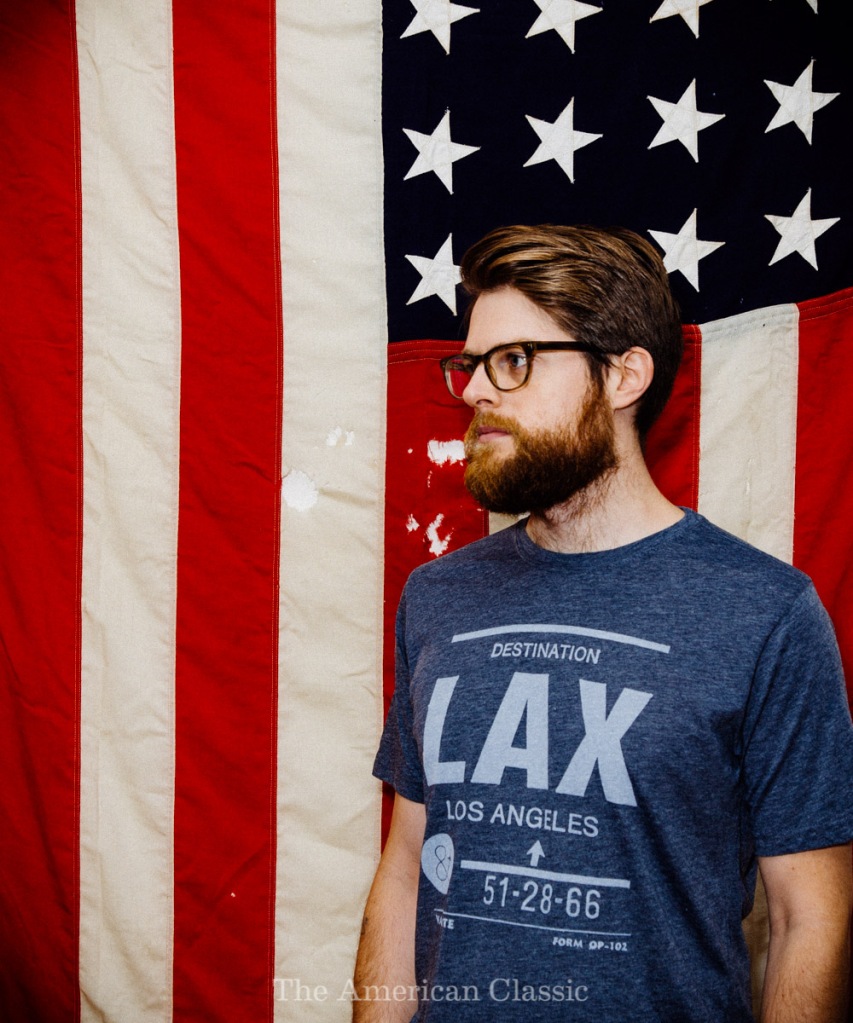 The gents over at The Heads of State are no strangers to talking about their design process (here is an excellent one on The Great Discontent, and an older one on the Casual Optimist). You can read a half dozen of the same interviews, so we decided to focus a bit more on the personal history behind the project and the locales that it highlights.

AC: Most of our readers are probably familiar with your work together as Heads of State, by style if not by name. Was there a project that became the seed of Pilot & Captain, or did it seem to evolve naturally like your poster and illustration work?
P&C: We had worked on a series of travel posters a few years ago which was born from a love of collecting vintage travel art and ephemera. The fun that was had on that project and the overwhelmingly positive response led us to further investigate the intersection of where decorative vintage travel art meets the vernacular and the utilitarian.

AC: How does Pilot & Captain feed your need to experiment outside of a client-oriented project?
P&C: It turns the tables a bit. We become the client, but also the author, and the producer. It also allows us to also grow beyond the confines of a traditional graphic design and illustration studio.

AC: Do you like to fly, or would you rather take Amtrak?
P&C: We love both! They are each unique and charming ways to see the country and to get where you need to go.

AC: Any airport horror stories? 12-hour layovers, snow storms in June, that kind of thing?
P&C: Michigan to Pennsylvania on a puddle-jumper in January in a snow storm. Enough said.

AC: Is there a personal connection to the initial series of airport tshirts? JFK, LAX, and PHL seem like obvious choices, but Kingston and Zurich sound like they might have a story behind them.
P&C: Yes and no. Not a personal connection per se. Every location tells a different story and has a unique set of connotations. It is an ongoing experiment to see how the cachet of a certain location appeals to different audiences. Zurich was probably a nod to the graphic design history of the Swiss.

AC: You mentioned in another interview that you like Philadelphia because it’s at once a big city and a small town. What is your favorite city besides the City of Brotherly Love?
P&C: Chicago. Or Seattle.

AC: Where is someplace you would like to go that you have never been to before?
P&C: Iceland. Vietnam. South Dakota.

The shirts all all printed on high quality poly-blend cotton for a super soft hand that feels like you’ve worn it for years, and the totes are produced in the good ‘ol U.S. of A. They even have miniature models of such enormous vessels as the Emma Maersk, Arctic Princess, and TI Asia. If you can manage to assemble one inside a bottle, send us a photo and maybe we’ll make a run of postcards out of it!

Special thanks to our models Wes and Elisha, and to Pilot & Captain for providing additional product photos.