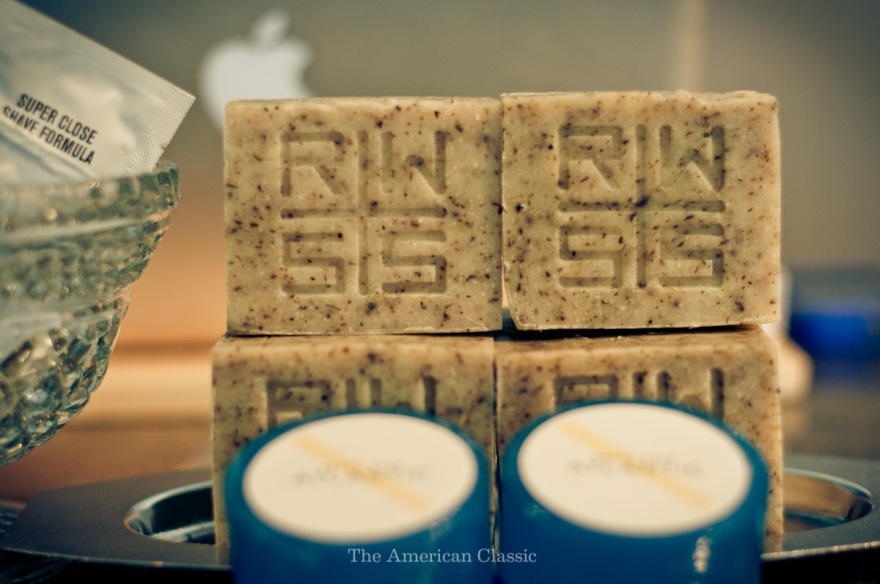 This is the eighth in a series of interviews with people who have a keen interest in menswear, style, design, or generally cool stuff. Most of these people are doing something of great note that you should absolutely take a look at.
In the early spring I took a trip to escape the cold and rain of Philadelphia and hit the road with my band to play some shows in the Charleston, SC. area. Not only is the area remarkably beautiful but the people are also incredibly hospitable. Charleston’s a town that, through thick and thin, has looked ahead without forgetting it’s past. I had an afternoon off and wanted some recommendations of places to check out so I sent an email to K. Cooper Ray, better known as the man behind Social Primer, asking for some hometown advice. At the top of the list was the one and only Rogue Wave Surf Shop, known for their quirky approach to peddling both surf goods, menswear, and lifestyle functions. It was a rainy afternoon so I cruised by a few shops and saved Rogue Wave for last.

I met with owner Rhett Boyd who was quite honestly and quite unexpectedly one of the nicest and most genuine dudes I’ve met since starting The American Classic. With basically zero knowledge of what I do or why I was there, he showed me around the two room shop on the first floor of a beautifully secluded house on the north side of the main drag through Charleston. I snapped some photos and checked out the goods while his wife and young son visited outside. The shop sells products from Baxter of California, Iron & Resin, Imogene + Willie, Gato Heroi surf boards, Penny skateboards, Yellow Rat trunks and shirts, and many more including a few pairs of selvedge denim and other accoutrements. There’s some amazing things on the horizon for Rhett and his company and we’re excited to watch it unfold. We bounced a few interview questions back and forth and this is what we wound up with. Click below to read the full article and interview and view all of the photos.

How did Rogue Wave begin?
The roots of Rogue Wave go deep into my childhood… You see, growing up my best friend’s family owned a huge plantation, and showed me first hand what the sporting life was all about.  As I grew older and developed my own personal style I sought to fuse the sporting life with the punk rock surf and skate cultures that I knew and loved. The past decade of my life was dedicated to surf exploration, travel, and studying surf history. I love paradox and contrast, and during this time the two seemingly contradictory worlds of Southern Aristocracy and the California Cool Surf Culture merged in my mind to form the vision that is now Rogue Wave. With this vision in mind, I was driven to start Rogue Wave because the type of shop that I wanted to hang out at with the products that I wanted to buy didn’t exist, so I had to create it. I felt that the main stream surf industry was way off track from the origins of it’s rich history as the Sport of Kings. This led us to start an underground movement seeking to bring back some class to the surf world. In January of 2010 we started doing underground Pop Up Shops only advertising by word of mouth. The venues started out gritty but progressively got nicer and culminated with a pop up shop at Billy Reid on King Street here in Charleston. Nine months after the Billy Reid event we opened the doors of our brick and mortar location here at 69 Spring Street in Charleston. Last week we celebrated our 1st Anniversary of opening our doors. We have been well received for our unorthodox approach to fusing timeless fashion elements with classic surf style.

“I love paradox & contrast, & during this time the two seemingly contradictory worlds of Southern Aristocracy & the California Cool Surf Culture merged in my mind to form the vision that is now Rogue Wave.”

Why Charleston, SC?
Charleston is the perfect breeding ground for Rogue Wave because we have such a rich heritage of sportsmanship, travel, and adventure from which to draw inspiration. It is also a place where worlds collide and it embodies all of the paradox and contradictions that we love. We are not surfers in the traditional sense, we’re from Charleston. Guys here shred waves in the morning then go sit for a deer in the afternoon. It’s not your typical surf locale. Charleston is an ironic place in that it’s progressive, and yet the good ‘ole boy network is alive and well. We are the buckle of the Bible Belt, and yet we are the new San Francisco… I love it!!!
Though this place is diverse and culturally rich, I felt that something was missing. People here have a deep appreciation for well made goods, yet the types of goods that I most desired weren’t available locally. In addition to not being able to find the products that I loved, the type of surf shop what I wanted to hang out at didn’t exist.  In surfing terms we don’t get the best surf, but when it’s good, it’s really good and there are few people out.

Talk a little bit about surfing in the South.
Surfing in the south is a beautiful experience when approached with the right mindset. You have to understand that we are the land of small waves which makes it ideal for long boarding, however most people short board which is rad too. Our local conditions are far from perfect, however when it’s good, it’s really good and it’s rarely ever crowded even on the best swells.  We also have hundreds of small islands dotting our coast line that offer lot’s of options, many of which have never been surfed. Also, many of our beaches are predominantly residential so you get a very pristine feel when you’re in the water. When you look back at the shore you see sand dunes and trees instead of pink hotels.
How would you describe the aesthetic of Rogue Wave or the gentleman who frequents there?
We seek to encapsulate the surfing gentleman. I describe the aesthetic as “Hemingway Goes Surfing”. This image denotes the elements of class, travel, and adventure that we promote and seek to embody. I’ve always been drawn to the history of surf culture and to the characters who let their actions in the water and on land speak for them. We especially love the golden era of surfing from the 1940’s-1960’s. This was an era of understated elegance when style was everything. This was a time when guys got out of the water, combed their hair, put on a suit and tie, and open doors for their ladies when they went out on dates. The guys and gals who frequent our shop are thinkers who appreciate surfboard design, fashion, art, and literature and are not satisfied with the status quo. Those who frequent our shop are looking for something unique that is made to last. That extends from our surfboards to the clothing and dry goods that we carry.  In short, those who appreciate hand made goods that get better with age will love our store.

Who are some individuals or companies that served as inspiration for RWSS?
Taavo Somer of Freeman’s Sporting Club. Bunker Spreckles. Wayne Lynch. The whole Gato Heroi crew especially Robin Kegel, Al Knost, Sick Rat. Phil Edwards. John Wesley. Alex Carleton. Ralph Lipschitz. Tracey Feith. Miklos Sandor Dora. Ted Spencer. Ernest Hemingway. Josh Clark of Spring Hill Plantation. Imogene + Willie. Tom Kundig.
Describe introducing previously unrepresented brands to the Charleston area.
We’re really excited about the lines we’re bringing in. The companies that we work with are all committed to excellence and focus on producing small batch goods of the utmost quality. We’re bringing in Mister Freedom, Rising Sun, Archival Clothing, Reyn Spooner, White’s Boots,  and Vans Vault Collection. These are lines that meet our standards of radness and are not available in the Charleston or Southeast for that matter. Our product selection is not typical for the surf world. Our thought process toward product begins with what we would most like to take on a surf trip in terms of gear, clothing and accessories, and then what do we want to wear when we’re out of the water. Our selection is based on our aesthetic, production methods and location, and whether or not the product is truly made to last. I feel that we’ve truly carved out a unique niche and really nailed it with the lines that we currently offer and those that we’re bringing in.
If you can divulge the details, what kind of perks does Key Club membership have?
Ahhhh now we’re talking. The Key Club is the private club within Rogue Wave. We don’t really promote it, so it’s something you just have to know about. We plan private events and dinners for members as well as having a private stock of beverages and cigars on site. One must be recommended for membership and members are allowed to bring a friend.

“This was a time when guys got out of the water, combed their hair, put on a suit and tie, & open doors for their ladies when they went out on dates.”

What are some of your favorite events you’ve hosted at the shop in the past and what would you like to see in the future?
My favorites from 2011 were the Falling Whistles event we did on December 1st. They are an amazing company seeking effect change in The Congo by raising awareness and funds to benefit the victims of war there. Also The Explorer’s Club came in to film some promo material for their latest record and that was a blast. We love those guys. And most recently The Critters came in to play. That show had such a great feel. Everyone who came felt that they were a part of something special. Definitely mission accomplished on that one.
What’s the soundtrack for the shop this summer?
We like to keep it dreamy and experimental so right now we’re jamming Tomorrow’s Tulips (my favorite surfer, Alex Knost, is their front man), and we’ve been listening to the Growlers and The Explorers Club a lot lately. The Critters just played here at the shop and man they kill it!!! We also like to keep it classy, so some Miles Davis and Thelonious Monk are definately in the mix. We’re experimenting with vinyl and plan to say good bye to the iPod soon.

What are some future plans for the company?
We plan to continue bringing in amazing lines while working on our own RW+SS signature line. Our approach is different though. We’re not hung up on designing clothing as much as designing life experiences. For us, it’s just as important to have the right hand made journal and pen as it is to have the right attire. Don’t get me wrong we’re all about proper clothing, but our approach to our private label will be very different than others, rest assured.
Beyond that, plans are formulating for our flagship store so stay tuned… All in all, we feel that Rogue Wave has taped into our local  heritage as well as the classic styles of surf history in a fresh way and that is what makes us endearing to surfers and non surfers alike. 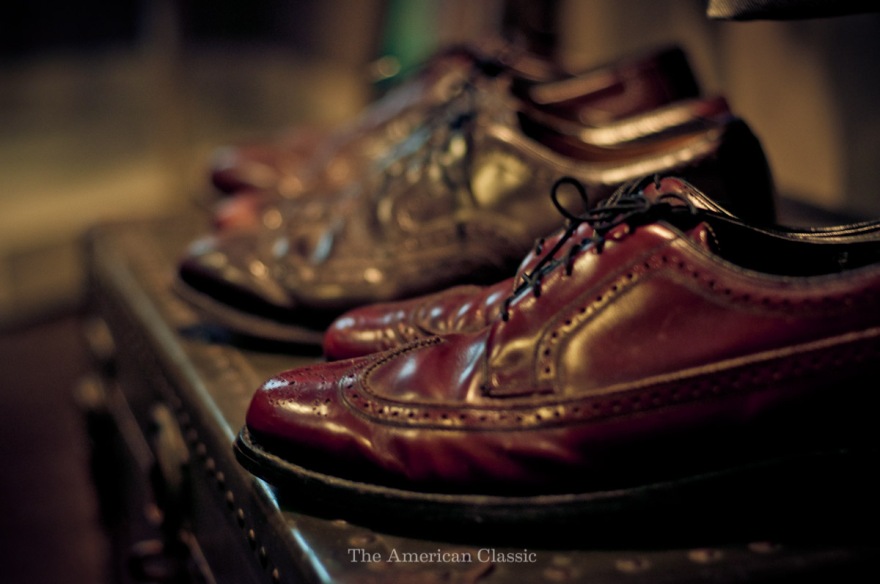 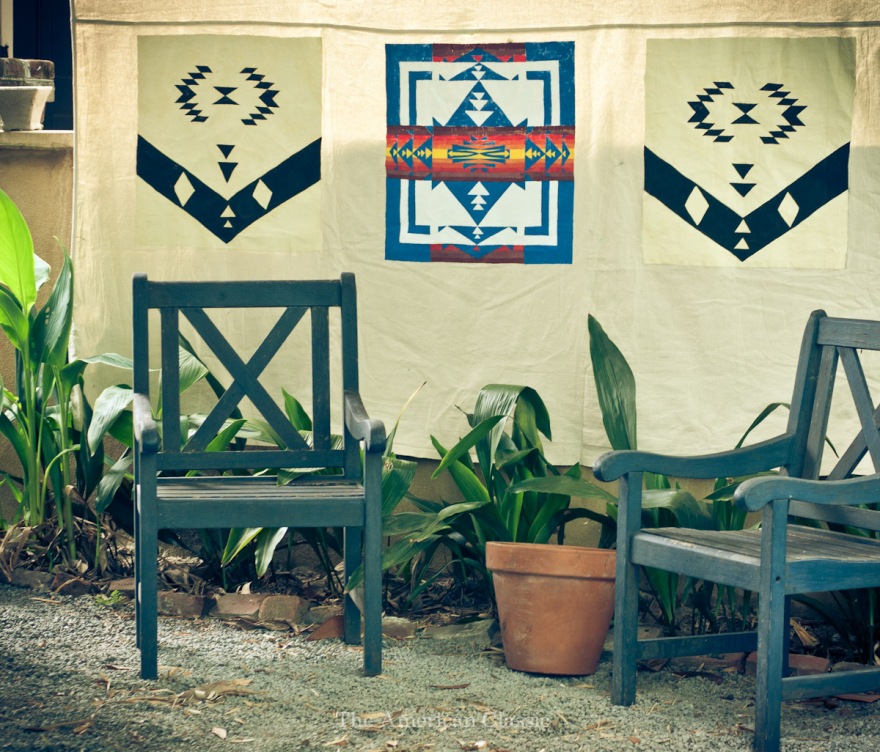