In Support of Paleo Denim

We’ve known Richard from Paleo Denim since the days of our Natural Process show in Philadelphia. His story of on-again-off-again denim crafting and now full on doing it no-holds-barred sucked us in again a few weeks ago when he reached out with his entirely new line and a Kickstarter plan. He wanted to raise $19,000 in a few weeks to get the equipment and help necessary to launch not only the first iteration of the jeans but to ensure the longevity and success of the lines to come after that. We’re super pleased to say that he passed his goal a few days ago and is still going strong with Kickstarter commitments. A common misconception with Kickstarter is that once you’re funded, you’re all set and no more money is needed. This is not true. That’s why we’re writing this article. The more money Richard’s able to raise, the more he’ll be able to do with the line and the faster he’ll be able to get the products out to the pledgers. Click here to read the whole article.

Richard sent me a pair of his slim cut 12.5 oz Kaihara Japanese-denim jeans to test out and thus far I’ve been thoroughly impressed. Bear in mind that this guy is doing it all himself right now so these early pairs are a total labor of love from one man and one man only. The Kaihara denim is an interesting one; recently I’ve been wearing some very clean Nihon Menpu mills from Rogue Territory and my ever-trusty pair of Nisshinbo Mills from Left Field NYC. These are both examples of tight weave heavy (14oz+) denims that have a shit ton of indigo in them. The Kaihara pair from Paleo is a little bit different and I’d go so far to say as these are probably the most unique pair I’ve ever owned. Right out of the box the jeans were kind of fuzzy looking, ostensibly due to the fact that these are a very loose weave. You can tell by looking at these next to my other pairs that the gauge of the blue parts vs. the white fill is much larger than the tighter weave pairs. This doesn’t mean much for everyday wear other than a very unique look and feel.

There’s a ton of texture in running your hand across these, much more so than other pairs I own. The indigo also isn’t as deep which gives almost a grey-caste feel and I like that a lot. After a few days of wear, the grey gave way to some really nice indigo fill and they look lived in but not worn out much faster than my other pairs. Richard has cut these so that where the selvedge is displayed is wide and fat but the line itself is quite thin. These are redline selvedge and look a lot like Cone Mills’ standard stuff. The rivets and buttons on this pair are all blanks, assumedly because this is a brand new line and is still in the funding stage, but even so the top button had a nice feel right out of the box. Sometimes jeans are so heavy and so stiff that you even have to break in the buttonholes. Not the case with these. Very comfortable wearing and general use right out of the box. 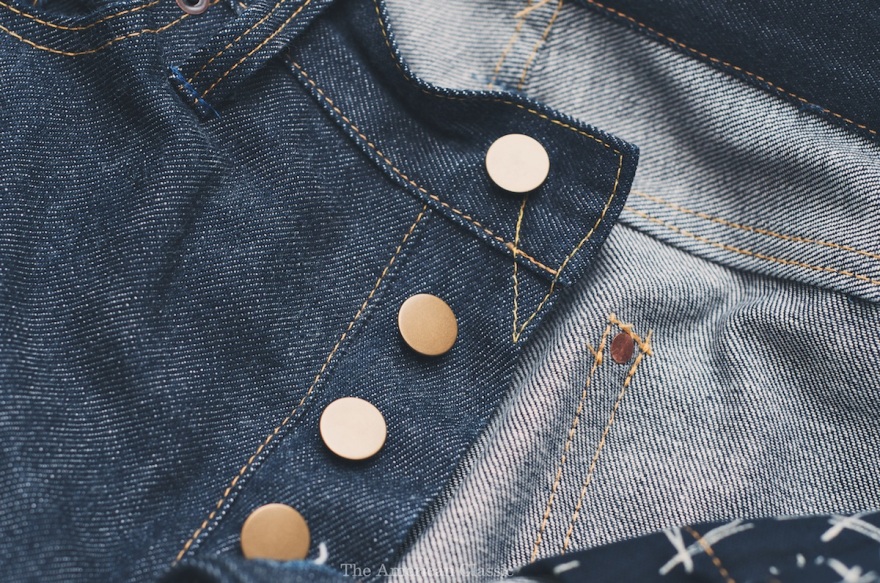 After several days of wear, I’ve noticed that things are settling throughout the jean and everything’s sort of falling into the place it will be in for some time. The pockets are very comfortable and of good size. I like how these are cut around the knee and calf; my jeans have a habit of forming this weird boxy look in that area that makes it look like I’m wearing knee high boots. These were no different but stayed trim rather than stretching out in the ankle. These are breaking in much, much faster than other pairs I own and thus far there is very minimal indigo leak which is surprising. The pocket bags are an awesome indigo dyed print that Richard’s sister snagged from a spares pile in San Francisco. That being said, this exact pattern won’t make it to final production due to scarcity and prohibitive costs but I hope some sort of fun detail like this surfaces. Everything that makes jeans special are in the details; you can buy a pair from almost any small American manufacturer and achieve similar quality, fit, and results. Reasons to develop brand loyalty are based around image, fit, durability, price, and one or two small details that sets the brand apart from others. Killer-cool pocket bags aren’t a bad place to start.

All in all, these are an incredible pair of jeans that I feel lucky to own. Richard also sent me a bag of Flattrack Coffee’s El Salvador Miravalle which was very delicious (reppin’ Austin hard) and one of their cool branded shop rags. Brewed it up on our V60 and am still guzzling it in my mornings before heading to the office. I got a lot out of writing this article, personally, but one major thing I learned is I’d probably really dig Austin, TX. Hope to visit soon. 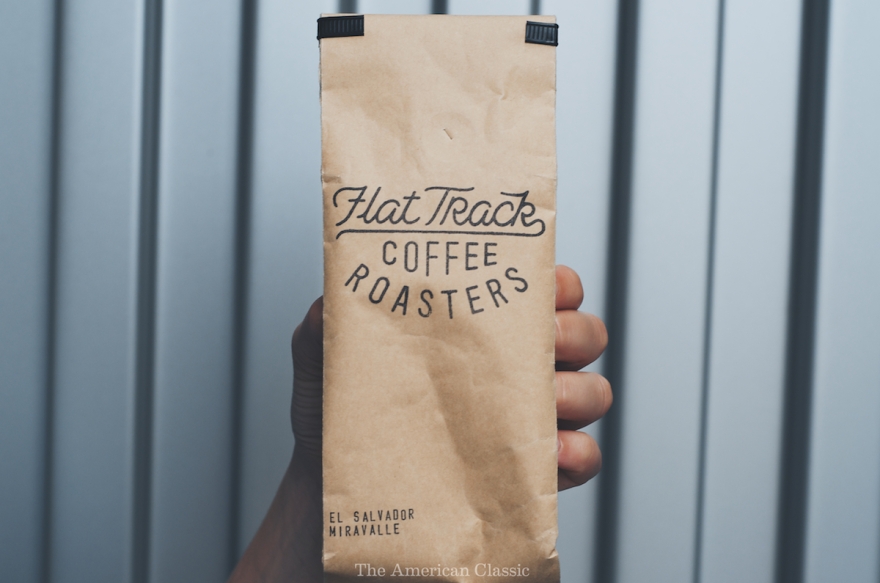 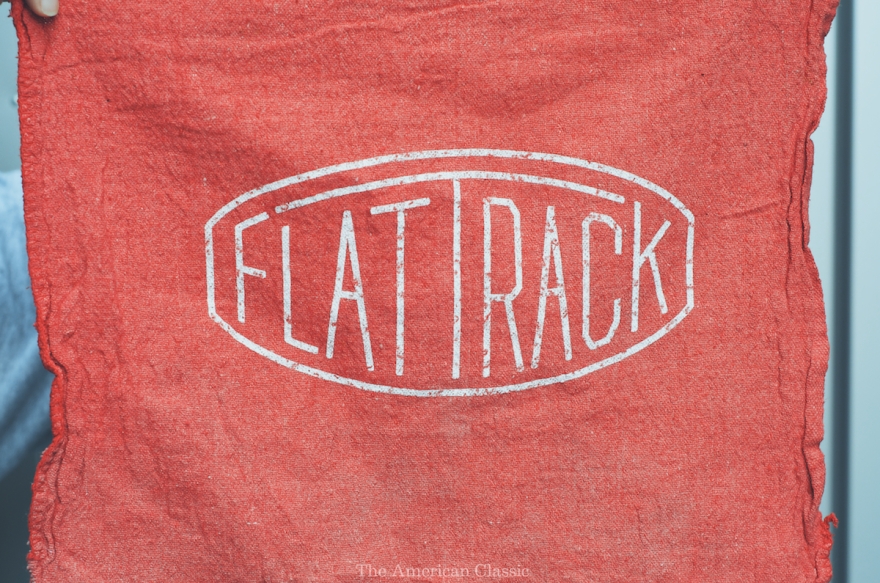