Every December for the past 7 years, I’ve made the pilgrimage to Steamboat Springs, CO. for some winter sports action. I like Steamboat a lot; it’s casual all of the time (read: don’t have to wear a fur coat to fit in), the mountain isn’t as miserably crowded as others, and the town has a great homey feel that some of the other ski towns lack. Every year we fly into Denver and make the 3-4 hour drive into the mountains. Every year we make the 3-4 hour drive back to Denver and fly out. I have distant family that lives in Denver and I never visit them because I’m an asshole and I really should make more time for them. This trip I did just that and had a few extra hours to kill so I swung by Berkeley Supply Co. who, like my family, I’ve been meaning to visit for a while. It was now or never so my girlfriend and I trekked over to the Tennyson district to check out the shop. 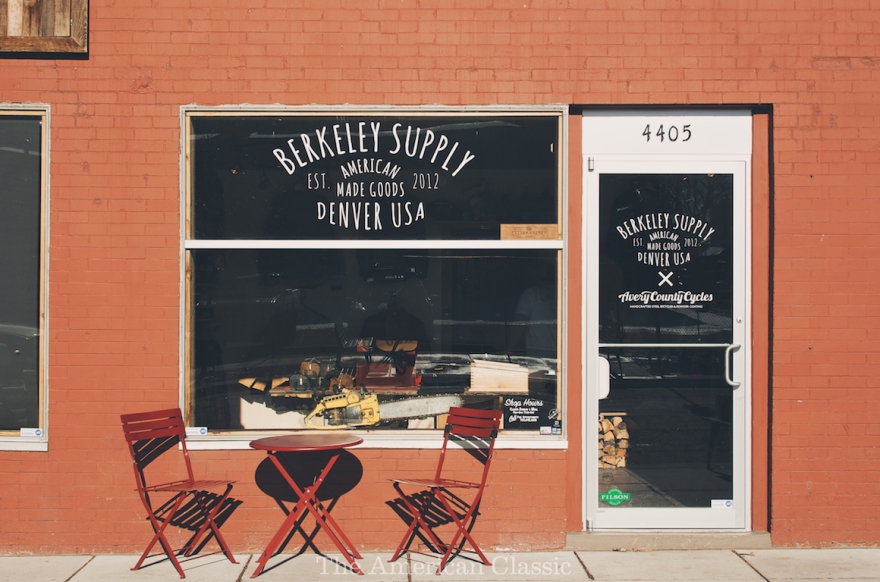 Amazingly, for carrying some of the best brands in the country, this shop is tiny. It’s actually three shops in one space, two of which focus on cycling and Berkeley Supply Co. wedged in the middle (the others are Pearl Velo and Avery County Cycles). Eli Cox, founder, owner, etc. does a killer job of curating the offering. Rogue Territory, Filson, Taylor Stitch, Topo Designs, Wolverine, etc. We caught him just as they were opening the doors for the day and gave him zero notice we were stopping by (a-typical, dear shop owners; we’re usually very responsible with our advance notice) and Eli couldn’t have been more amicable about the whole thing. We snapped some photos and chatted for a while; he’s a really nice guy and as previously mentioned does a killer job curating his shops offering. Every time I turned around I noticed something new I hadn’t seen yet hiding on a shelf or tucked away behind some coats. For being such a small space, there’s a ton of goods here. Josh Culbertson was there welding together parts for a bicycle fork. He runs Avery County Cycles which is a kickass frame building operation in the same compound. If you’re in the market for something of the like, he’s a solid contender (pictured with the welding gear here). If you’re looking at investing in some Filson, Rogue Territory or whatever and happen to be in Denver or want to have it shipped to your home (because their online shop is great, too), check out Berkeley Supply. This is definitely a shop worth supporting. I sent him a few interview questions; here are his responses:

Give me a little background on yourself.

I was raised in a small town in New Hampshire, Westmoreland. I worked retail at a local athletic store,
Ted’s Shoe and Sport, from when I was 14 till my sophomore year of college. I moved to Colorado in
2004 to attend college, took two years off and moved to Texas from 2006-2008, and returned to Colorado to
finish school.

Talk about the beginnings of Berkeley Supply Co. and what made you want to start a retail venture?

Berkeley Supply started pretty suddenly, The first Friday of November in 2012 Josh (of Avery Countly
Cycles), Tyler (of Pearl Velo) and I were were all sitting around drinking beers, bullshitting about what
to do with the small space that was inbetween their shops, where my shop currently sits. We joked that
I should do my concept. A month later, Berkeley Supply was open for business. I had discussed this
idea for the previous few years with Tyler and Josh, and that one night it just all came together. It was a
very “put up or shut up” moment for me. I almost didn’t do it, but I was too scared to tell Josh I wanted
to bail. I only had 18 bucks in my bank account and an American Express card, but I made it work. The
craziest thing is to think that I almost didn’t do this. 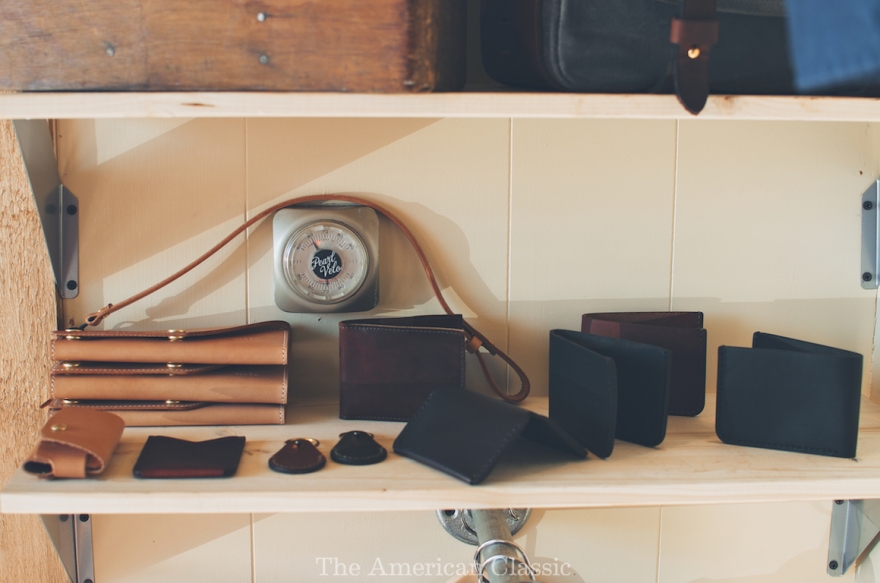 What’s your favorite company you’ve discovered since starting the shop?

This is the hardest question I have been asked since I opened my shop. I mean, how do I pick just
one? I guess if I had to pick one? It would have to be Rogue Territory, Karl (and Leslie) was the FIRST
person I called when I decided to do this, and he has had my back ever since, be it phone calls to him
terrified about the size of a future order, him giving me shit when I call him and nonsensically ramble on
about something, always answering or responding to texts, and most importantly, having the most bitchin
shit, ever. THANKS GUYS. But that’s not to say ALL of my brands are not the best. Rogue, Karl, and
Leslie just hold a soft spot in my heart. Damn you for making me choose! haha.

What’s on the horizon for Berkeley?

Stay tuned, I mean, I honestly don’t know. I love the size of my shop, I love the Tennyson Collective,
and I love being able to hang out with the two best dudes on earth, every day. Without the support of
Josh and Tyler, I don’t really know where the shop would be today. I think the biggest thing is to grow the
web presence and continue to have the best shit available to people, in a great environment. 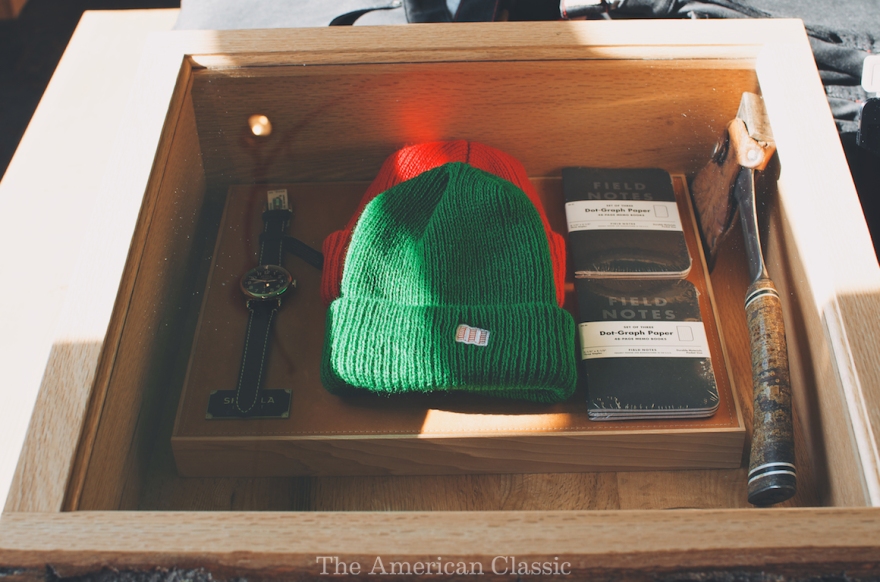