Notes from the Field: Derringer Cycles in Los Angeles, CA. 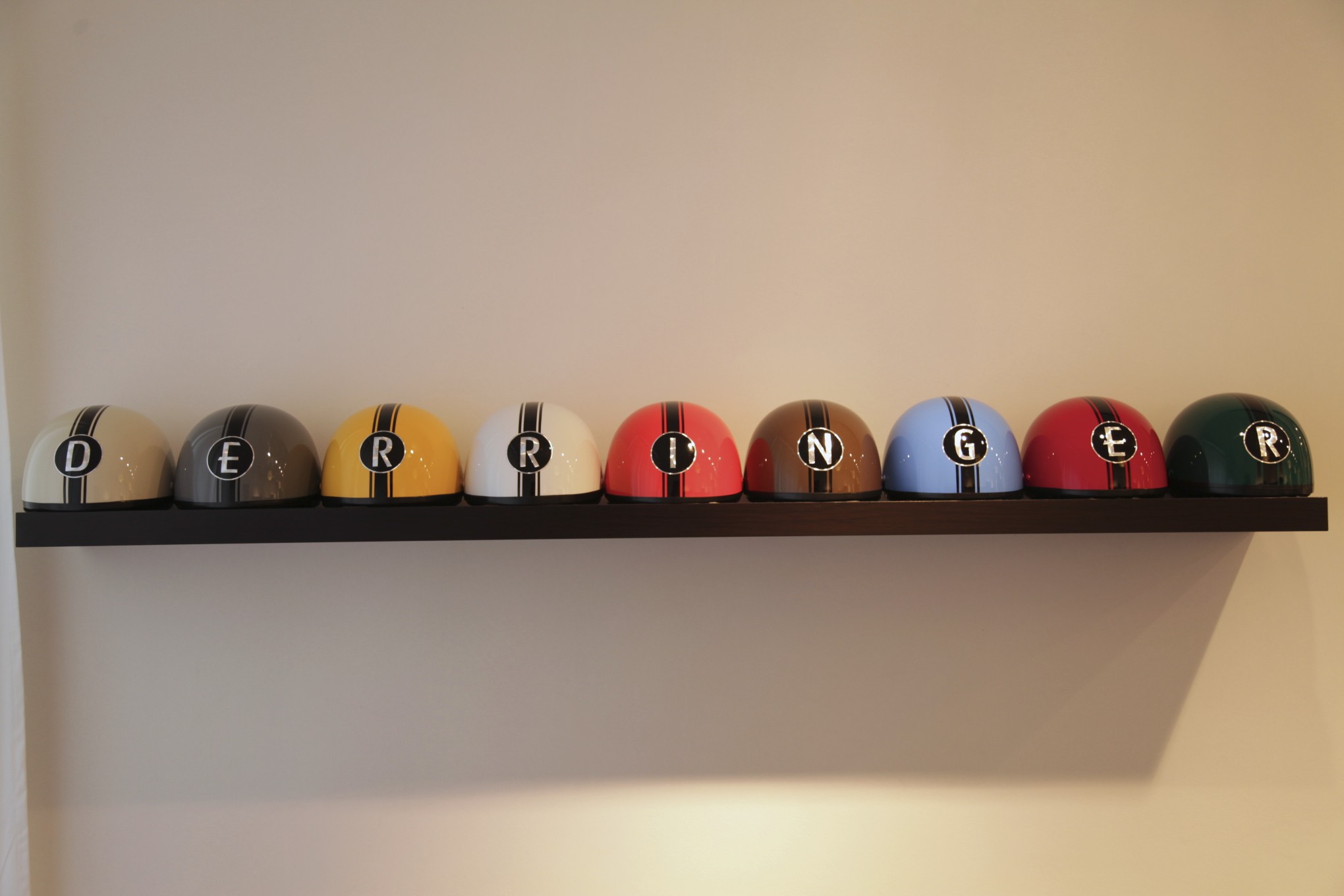 I’ve always had an interest in vintage motorcycles as well as general cycling culture so when Derringer Cycles blew up on the internet a few weeks ago, they were tugging at my creative heartstrings. A mix of motorcycle and cycling culture crossed with excellent design principles. I found out the company is based out of Los Angeles and did everything I could to get in for a few minutes with Adrian Van Anz, Derringer’s founder and designer. Earlier this week we met in his storefront on West 3rd Street near West Hollywood and I snapped a few photos of the shop. Make sure to click photos to enlarge them. Click below to view the whole article and photos. 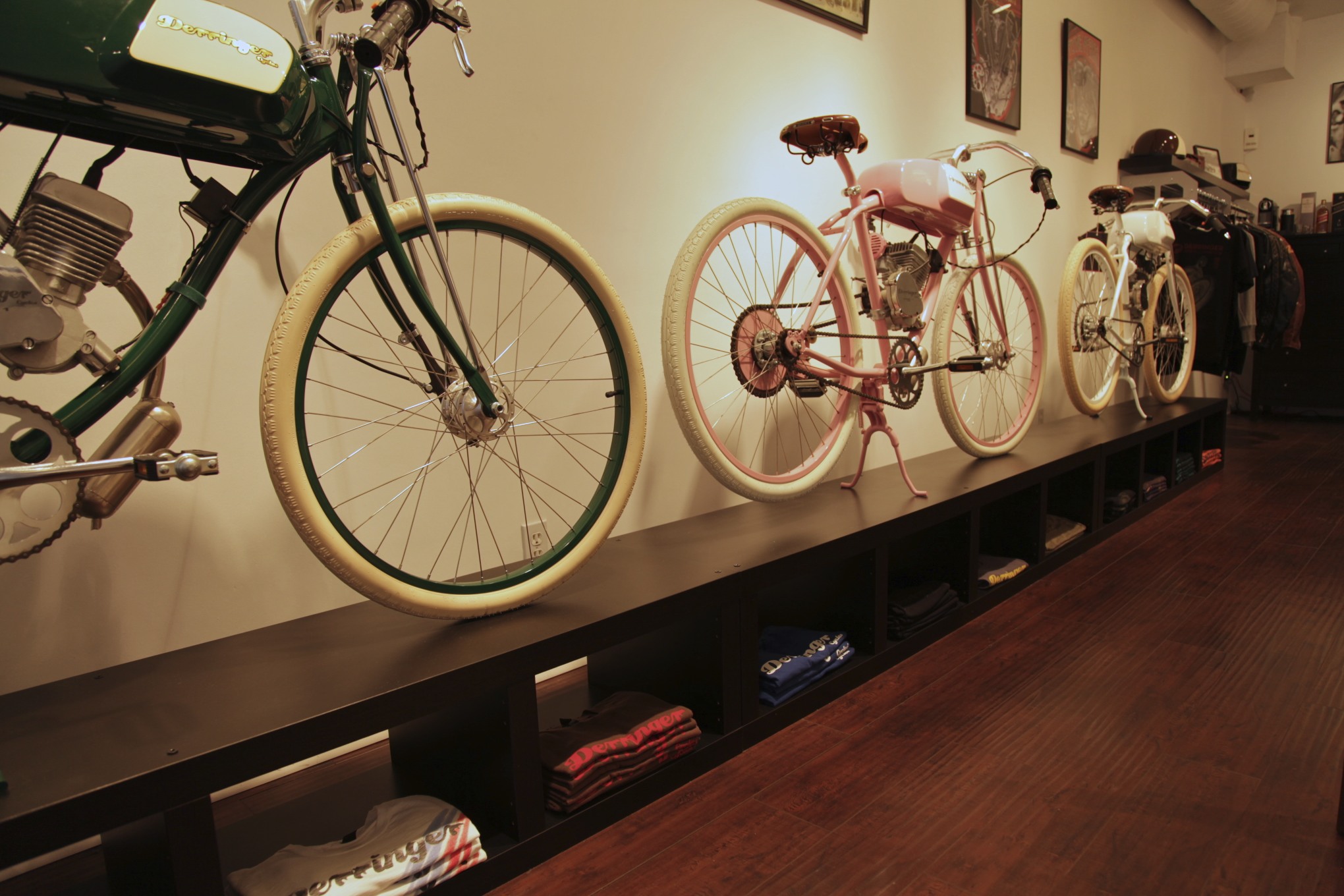 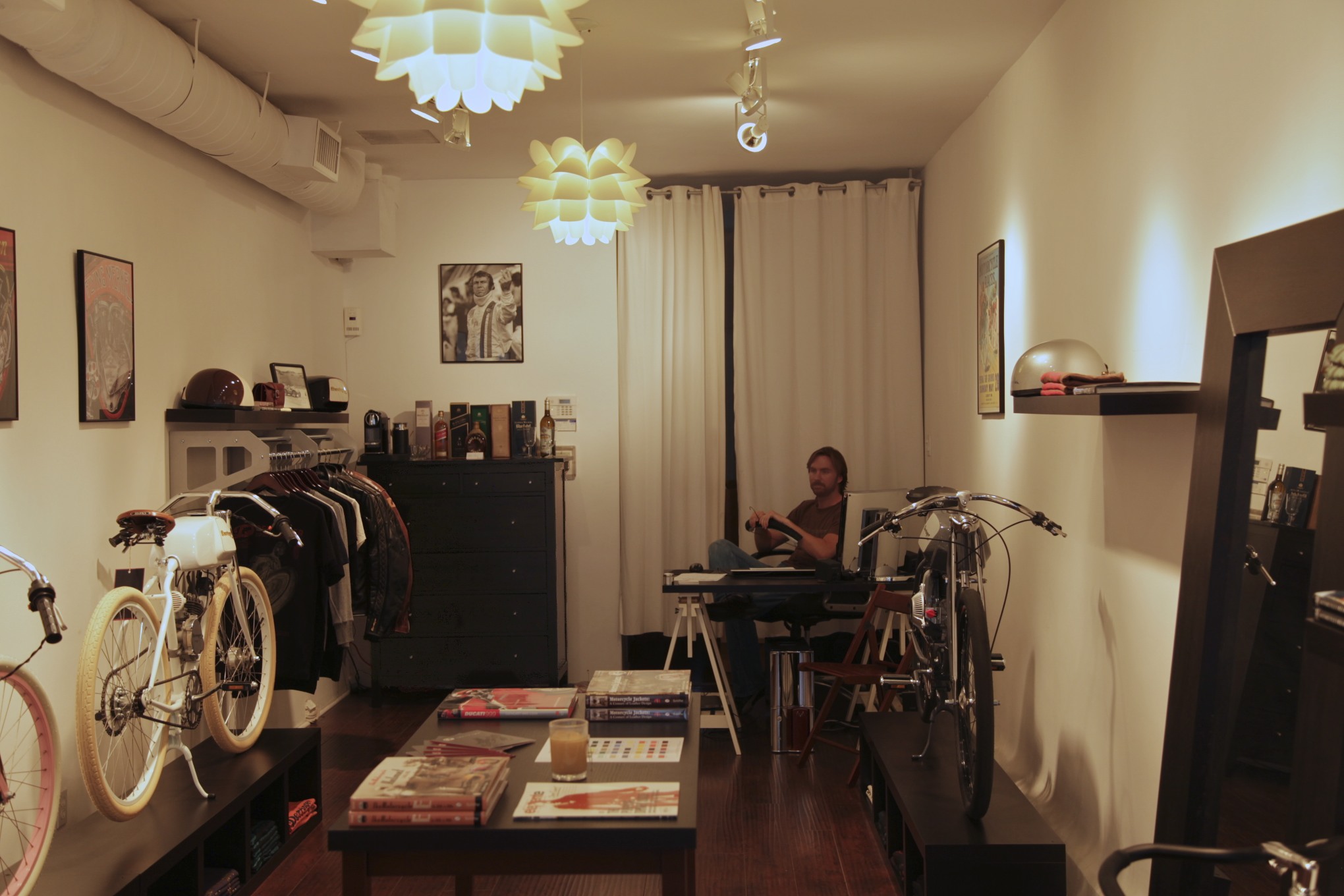 Van Anz was fresh off the Magic trade show in Las Vegas when I arrived at his door. He showed me some hangers he had thrown together to show off some of the new clothing he’s featuring in his shop ranging from t-shirts and tank tops to high-end leather jackets. The hangers were simple; basically take a dry-cleaning hanger and throw a length of thick beach-cruiser tire over the shoulder section and it’s finished. Despite their simplicity, underneath those leather jackets the hangers look pretty badass.

Derringer had also just gotten a new shipment of parts for a very interesting project coming up (which has yet to be made public) so the shades were drawn and the door was closed. The shop is small but well decorated with bikes lining both walls running the length of the room and merchandise on small shelves underneath and to the far end of the room. There’s also a table in the middle with some motorcycling reading material along with a color swatch for the available colors on the bikes. Least importantly but most admirably, he has a stellar collection of alcohol in the rear of the shop.

Adrian’s a very personable guy. We talked about his past with design including custom fabricating over-the-top chromed out computers that were usually one-offs for Hollywood agencies or celebrities, also his love for all things with two wheels starting back when he was a kid riding his dirt bike to school. He said that the design for the Derringer bikes didn’t come easy; he was busy with plenty of other work at the time and it took him a while to get all of the parts fabricated but eventually his focus became nearly entirely to the bikes. I asked him about the design process for the bikes and this is what he had to say:

The design is inspired by board track racing bikes, but they are by no means an exact replica, its more about capturing the pared down feel and the aggressive stance of the originals than it is about trying to make a copy. The color schemes are inspired by anything I see that speaks to me, a vintage Ferrari open wheel racer, an electric guitar, even a suit, or a pair of sneakers. We’ve built so many at this point that I carry a camera everywhere in case I stumble on the next color scheme. I was at the powder coating company the other day and knocked over some of the samples, I looked down and there was a mint green chip lying on an anthracite chip, I was like “yeah, that’s a bike right there” It’s in production now.

Adrian also built a fixed gear for Derringer which, unfortunately, is not for sale to the public. The bikes are around $3,500 and the merchandise ranges from $35-$700. You can find him at trade shows, online, or stop by his shop at 7954 1/2 West. 3rd Street Los Angeles, CA.