Posts from the “Writeups” Category

In Support Of: Boldfoot Socks

I wear socks 7 days a week. Even if it’s just for a few hours, I put socks on at some point during the day either to keep from getting blisters or to keep my shoes from smelling like an armpit. I primarily wear leather shoes (Rancourts or Red Wings) and socks with heavier leather shoes are crucial for longevity of the shoe itself and from keeping your feet from looking like calloused tree stumps. As a result, I burn through approximately 5-8 pairs of socks per year and usually have about 10 pairs on hand at any given time. I’m always on the lookout for new designs and I typically go for the more subtle patterns that mix well with my existing wardrobe but in this particular case, the socks found me and they’re far from subtle.

Boldfoot Socks is a D.C.-area startup specializing in very bold-patterned socks made in the USA run by Brad Christmann. They’re currently on Kickstarter (for the next two weeks) with some great deals on their initial run and some super neat patterns to choose from. These patterns are not for the weak-in-the-knees; chunky lines, bold colors, and strong logos will get your sock-swaddled heart pumping a mile a minute but this is a great way to freshen jeans up or make a more dressy pair of pants look a little less formal. As a general rule, many socks are very similar in construction and pattern. Boldfoot certainly sets themselves apart in the pattern department, sporting a range of designs I’ve never seen before. Click here to read the full article.

Categories: In Support Of, Writeups

I’ve been super fortunate to have made some new friends over the past few weeks. They’re putting on a really awesome event in Barker Hanger at the Santa Monica Airport this week featuring a shop collection curated by our favorite LA-transplant, Wittmore, and a speaker series including a number of names that you’ve definitely heard of (Sonja Rasula from Unique USA, Davide Berruto from Shelter Half, Stuart Ramsey of Krochet Kids, and our friend Tristan Pollack from Storefront to name a few). The opening event features food trucks, plenty of booze, and live music. We’ll be there and hope to see you there, too!

Everything comes and goes with time. Trends rise, appearing from seemingly nowhere with no explanation for their popularity, climb to significance only to disintegrate as they fall from grace, perhaps lost in a fog of neglect: the ultimate void into which hipness disintegrates. In chronicling the ever-changing “cool”, we see this quite a bit. Sometimes it’s sad, sometimes it’s for the best, and sometimes it simply is what it is. There are very few things in life that do not succumb to these delightful and tragic pitfalls but two that will forever be a part of our lives are food and fellowship. These two things alone can drive communities to be built from the ground up, serve as the foundation for neighborhood economies, and solidify one’s self-perception within a group.

In 2012, I packed up and moved to Los Angeles with my girlfriend.  I had moved most recently from Philadelphia where the burgeoning food industry provided many of my friends with gainful employment and gave me the opportunity to sample a variety of high end offerings in the area. The food in Philly is unusually good; that is to say that due to the compact spread of the city, the ratio of exemplary food offerings to neighborhoods is second to none in the US today. I had extraordinarily high standards set by the time I rolled into LA and without a doubt they were blown out of the water, though in ways I hadn’t expected. We found the most diverse selection of ethnic foods I’ve ever seen anywhere. The Mexican food is obviously fantastic but the offering across the board, representing nearly every culture in the world, is paralleled by none. While you might try to go to a bar or restaurant in Philly that’s too crowded and be in luck with a host of 10 other offerings within walking distance, LA’s a different animal but as long as you’re willing to jump in your car for 10-20 minutes the options are limitless.

Just barely over a year ago, we introduced to you our friends at Doughboy Watch Co. in Philadelphia, PA. Tom, the man behind the loupe, takes turn-of-the-century mechanical masterpieces refurbishes them into the precision timepieces they once were, before putting it on your wrist in the style of a WWI trench watch. These beauties belong on your arm, and the absence of batteries means you will always know what time it is no matter what part of the world you may find yourself in, and no matter how long you’re there. 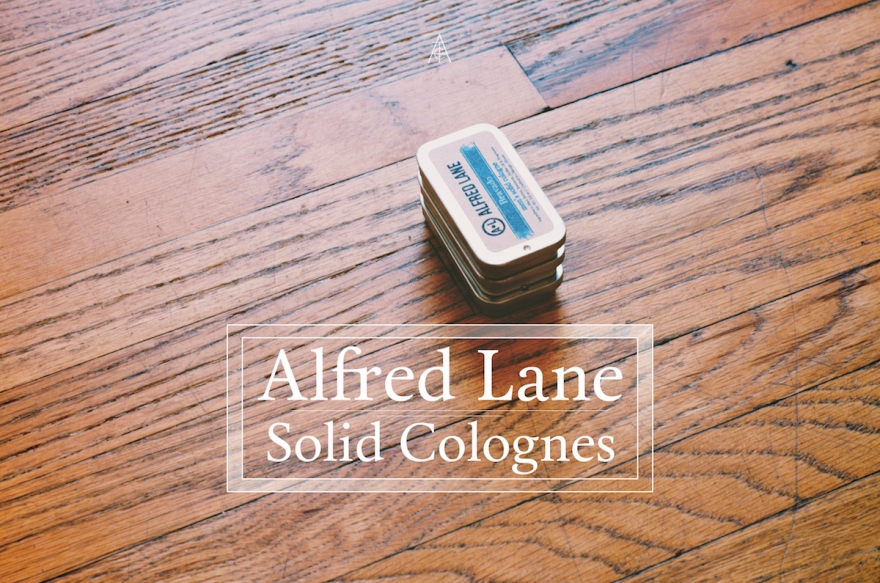 On today’s docket, we have a small company in Chicago selling “solid colognes”. Ever heard of it? Neither had I. Unsolicited reviews are a tricky beast here at The American Classic; our policy is typically that we’ll take a look at whatever you’ve got but there’s no guarantee you’ll get a review. We’d much rather talk about the things we love and think you should love, too, rather than dwell on negative things. The gents from Alfred Lane reached out a few weeks ago for a review and following our policy, they’ve found themselves with this review because their product is fucking cool. Based in Chicago, these guys have released a line of compact, solid colognes that are designed to be thrown in a bag and reapplied whenever. They’re unobtrusive, packaged in a super slick vintage-inspired sliding tin, and provide an easy way to apply with zero mess. Read the full article here. 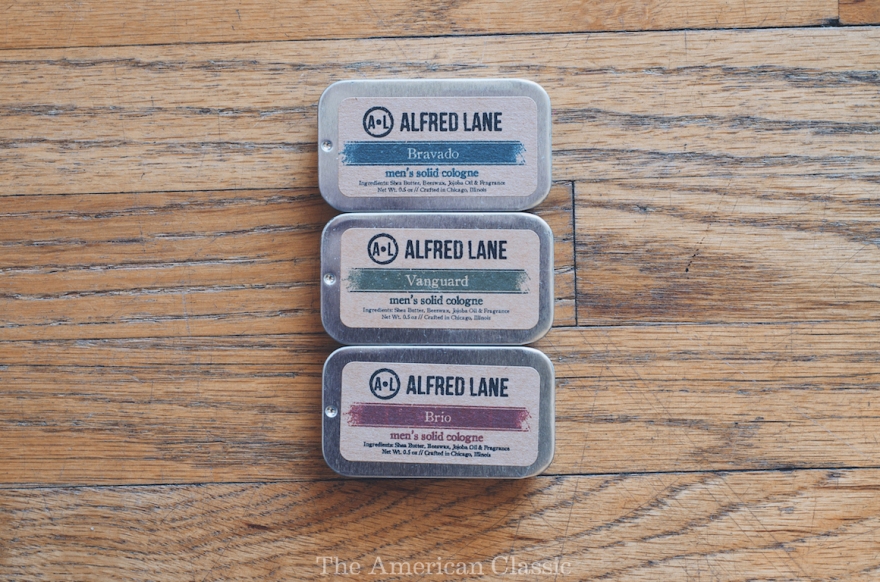